PATRIZIO DOLCI IN COLLABORATION WITH 3DiTALY LAUNCHES A DESIGN CONTEST TO RE-THINK, RE-DESIGN AND REVOLUTIONIZE THE FOOTWEAR CONCEPT.

The footwear Made in Italy brand Patrizio Dolci of the Confort Shoes company, in collaboration with 3DItaly, launched a creative contest devoted to fashion shoes design for the realization of a new footwear concept to be designed and presented to the next international trade fair season.

The contest purpose was to open the company doors to the young Italian and global fashion designers community.

Prototyping original ideas bringing new visions together with the skilled craftsmanship of the Made in Italy footwear and the materials research while bringing together additive manufacturing so as to prototype rapidly the new concepts.

A craftsmen community and a makers’ team came together to start off a one-of-a-kind experiment: ReShoes Contest.

The first edition of the ReShoes Contest has just come to an end and it was promoted by Patrizio Dolci in collaboration with 3DiTALY, AtomLab and Ultimaker.

The 10 finalists took part in the rapid prototyping workshop hosted by the Confort Shoes company and curated by the Patrizio Dolci craftsmen in collaboration with the 3DiTALY digital fabrication professionals  from 18th to 20th May. The learning path has been enriched by the AtomLab participation in the contest, represented by Sergio Dulio who promoted contact with state-of-the-art projects in the Italian and global footwear field.

The immediate result of this approach has been the prototyping speed. The successful combination between craftsmanship and digital fabrication gave the opportunity to the participants to realise challenging footwear prototypes which have been presented during the final event of this first edition held in the Confort Shoes company on 20th May with the presence of the Patrizio Dolci craftsmen community. 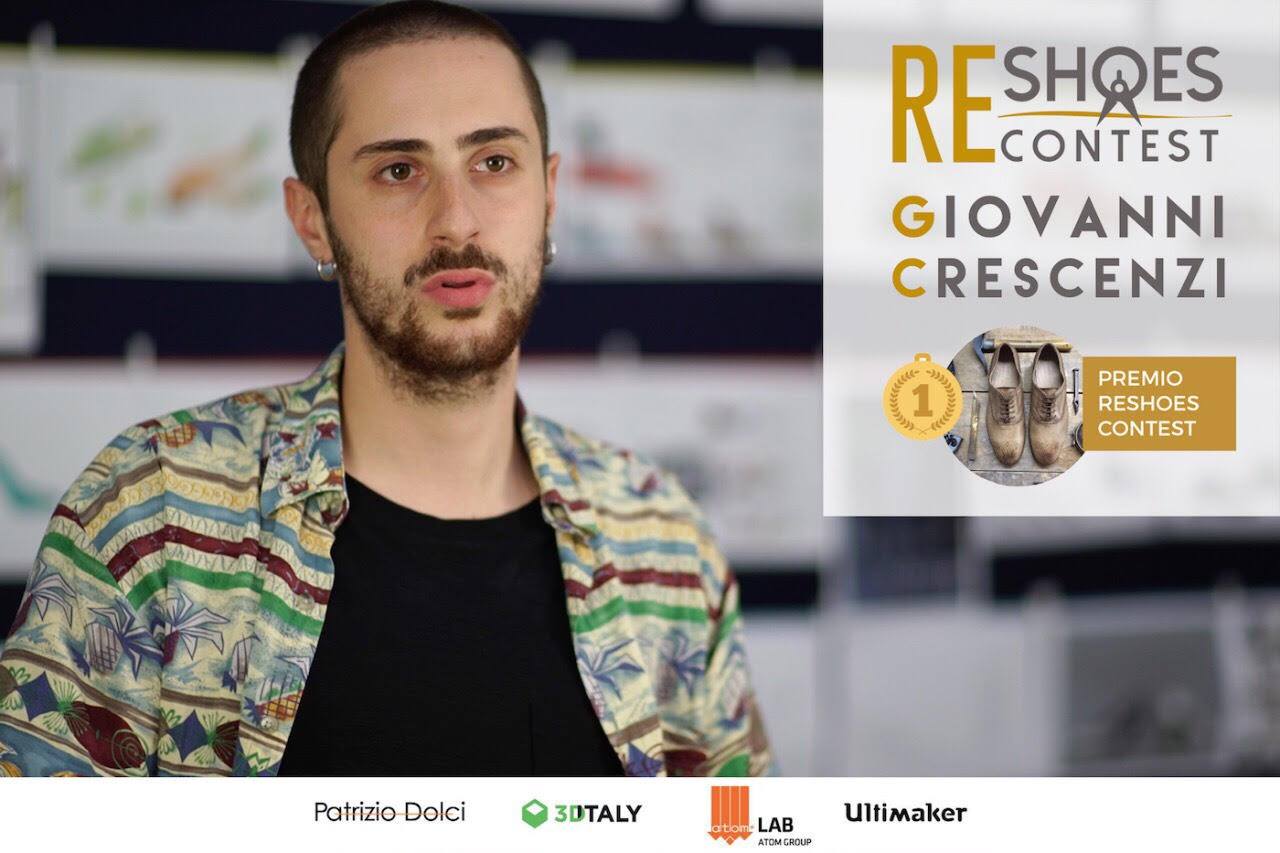 Giovanni Crescenzi and his art work named “Mocassino 2.0” were awarded the ReShoes prize. The winner will realise his idea by combining the expertise and equipment of the Patrizio Dolci community alongside the ones of the 3DiTALY professionals.

As Luciano Fiscina, CEO Confort Shoes/Patrizio Dolci, stated: “We are pleased to host so many creative designers and to offer the market such a successful outcome from this experience”.

Claudia Imperatore and her art work named “Under Construction” were awarded the AtomLab special prize.

AtomLab will test alongside the designer the feasability of this kind of footwear by integrating automation and innovation processes prototyped by the Atom Group.

Sergio Dulio, AtomLab Manager: “I believe that getting together the talent of so many young creative people and giving them the opportunity to challenge themselves is a great idea leading to an excellent outcome.” 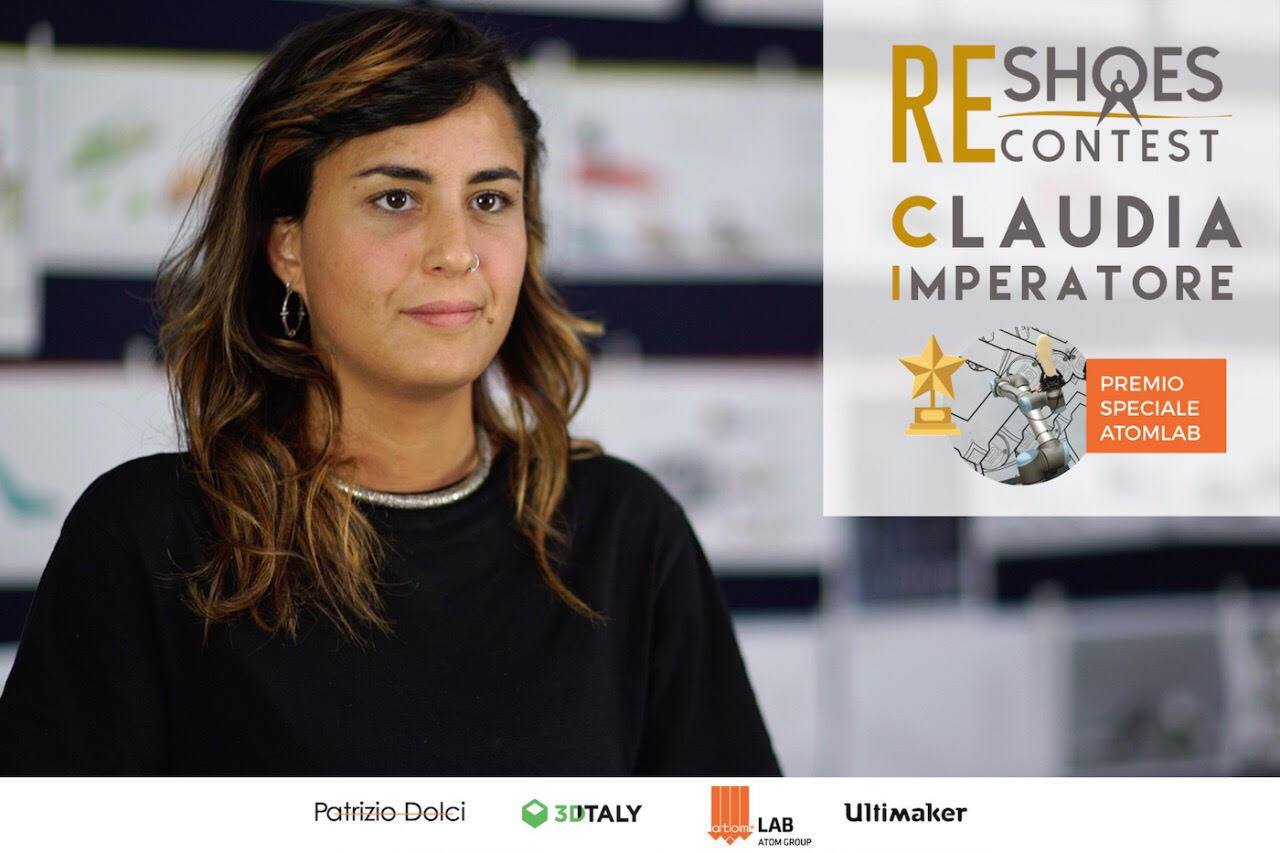 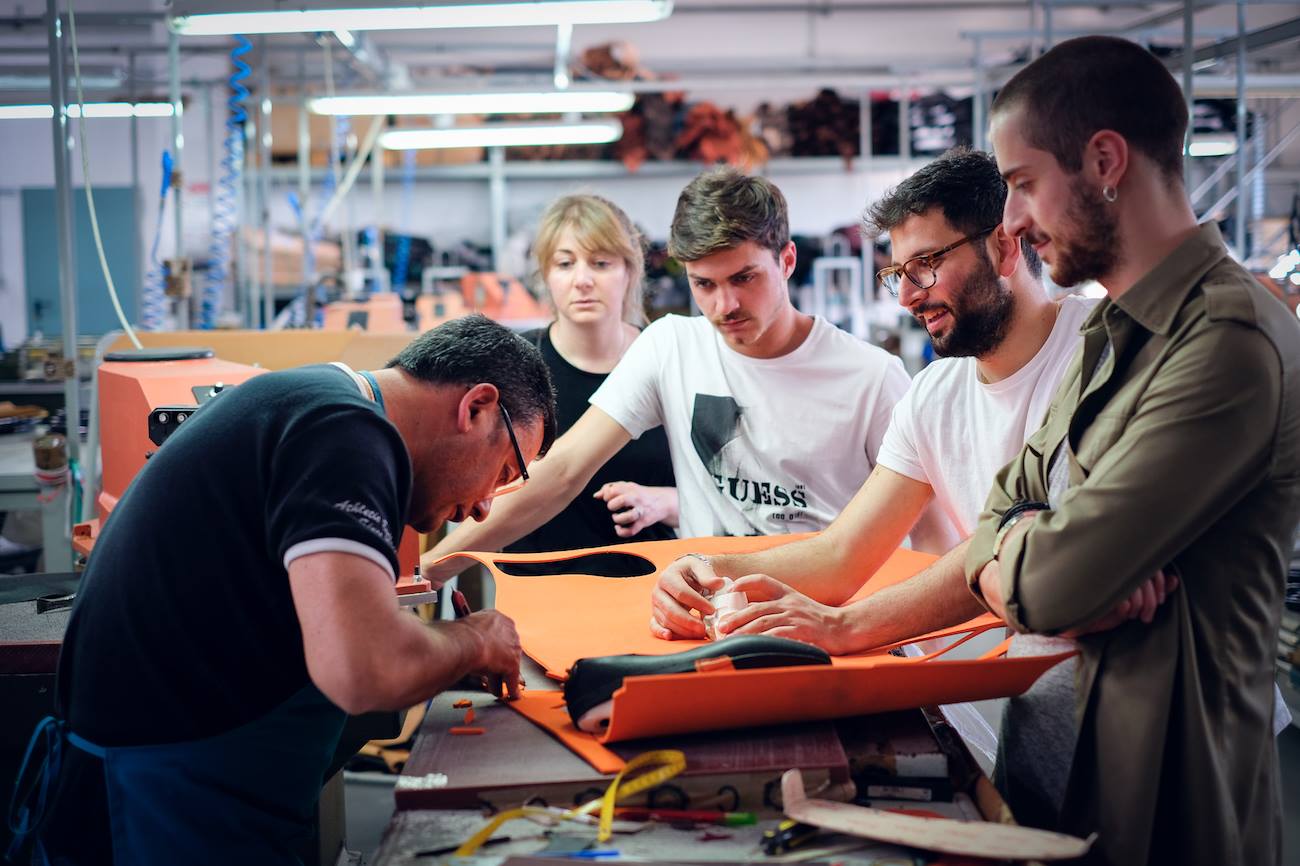 By participating in the “ReShoes Contest” designers from all over the world could win the opportunity to create their own footwear concept in collaboration with 3DiTALY and Patrizio Dolci.

The footwear Made in Italy brand Patrizio Dolci of the Confort Shoes company, in collaboration with 3DiTALY, launches a creative contest devoted to fashion shoes design for the realization of a new footwear concept to be designed and presented to the next international trade fair season.

You can prototype original ideas by embracing new visions together with the skilled craftmanship of the Made in Italy footwear and the materials research, and then bring together additive manufacturing so as to prototype rapidly the new concepts. A 20-year-experienced craftsmen community producing Made in Italy footwear mingles with digital fabrication giving young designers from all over the world the opportunity to design and create the shoes of the future.

The contest purpose is to open the company doors to the young fashion designers world community embracing their ideas, footwear concepts which will be selected and prototyped during the rapid prototyping phase held by the company in May. To take part in the “ReShoes Contest” you need to submit a concept idea by no later than 10th April. The 10 selected participants will have the opportunity to take part in the rapid prototyping full immersion and in the footwear production workshop which will be held from 18th to 21th May in the Confort Shoes factory in the Cilento national Park, located in southern Italy.

A unique opportunity to access freely the theoretical and practical situations combining the classic footwear world together with the innovative aspects of modelling and 3D printing. The “ReShoes Contest” is free to enter. Though specifically targeted at designers, fashion stylists and pattern makers, anyone who has got the right skills can take part in it. You can either participate as a single person or as a team.

The winner will win the opportunity to make his/her idea reality by creating it thanks to the support of the Patrizio Dolci craftmen community.

The event will take place from 18th to 21th May at the Confort Shoes factory which is the producer of the Patrizio Dolci brand in Caselle in Pittari located in the Cilento area in the province of Salerno.

On 14th May, during the final event, the 10 3D-printed scale concept designs will be presented. Furthermore, the winner will be proclaimed and will have the opportunity to see his/her idea come to life.

28th April: proclamation of the 10 finalists

18th/21th May: Rapid prototyping workshop and final event with the Patrizio Dolci community and 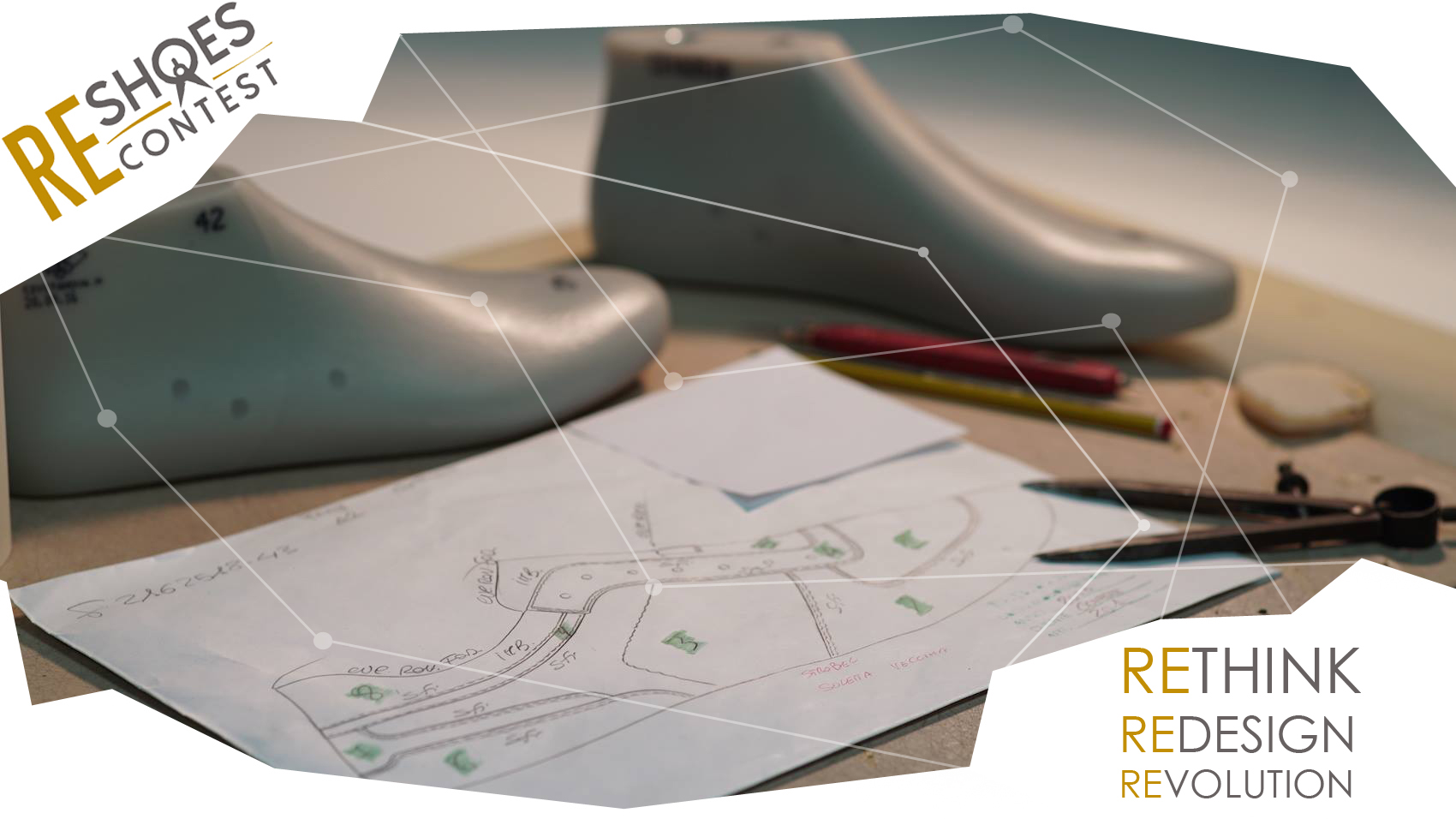